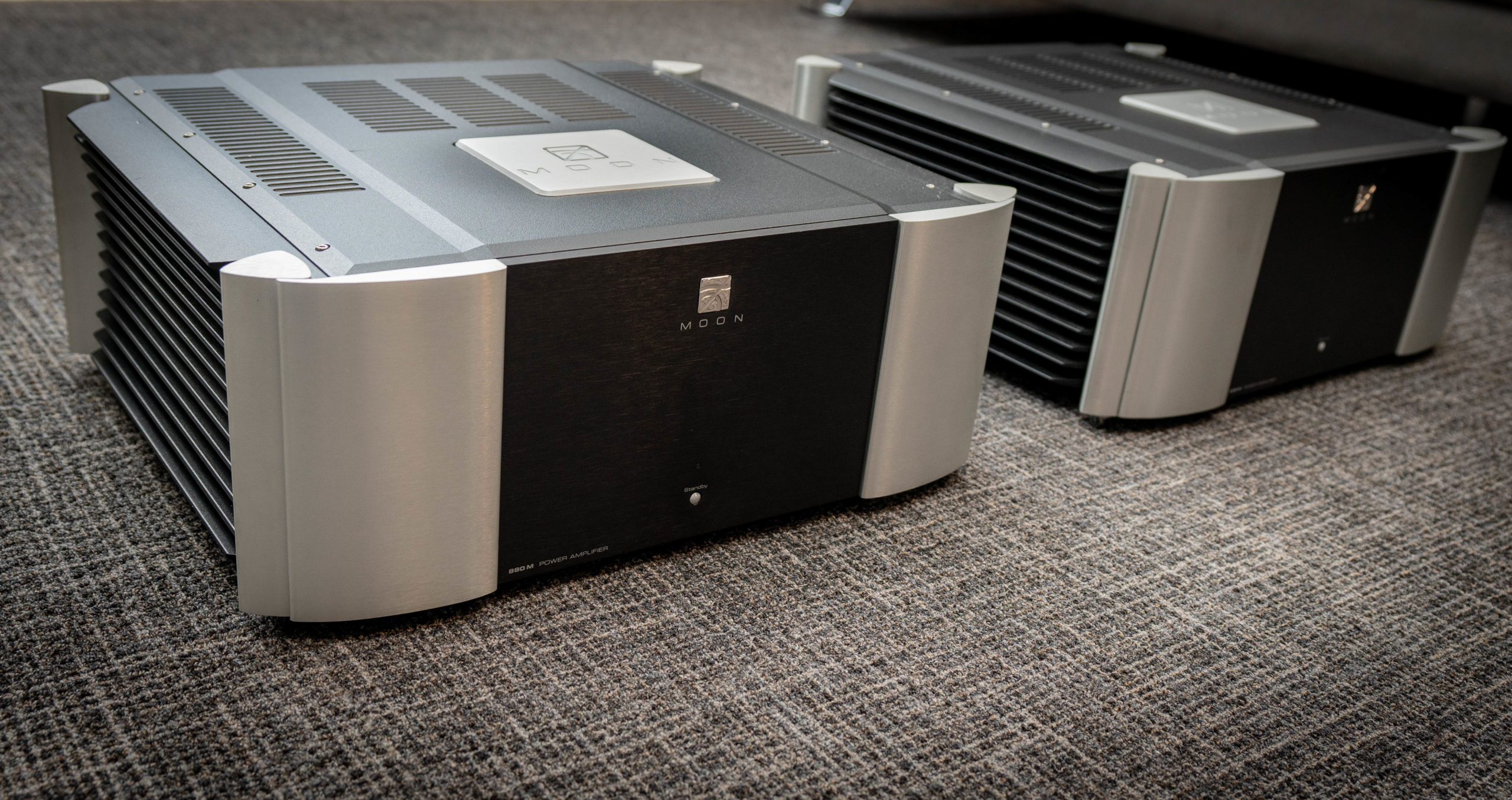 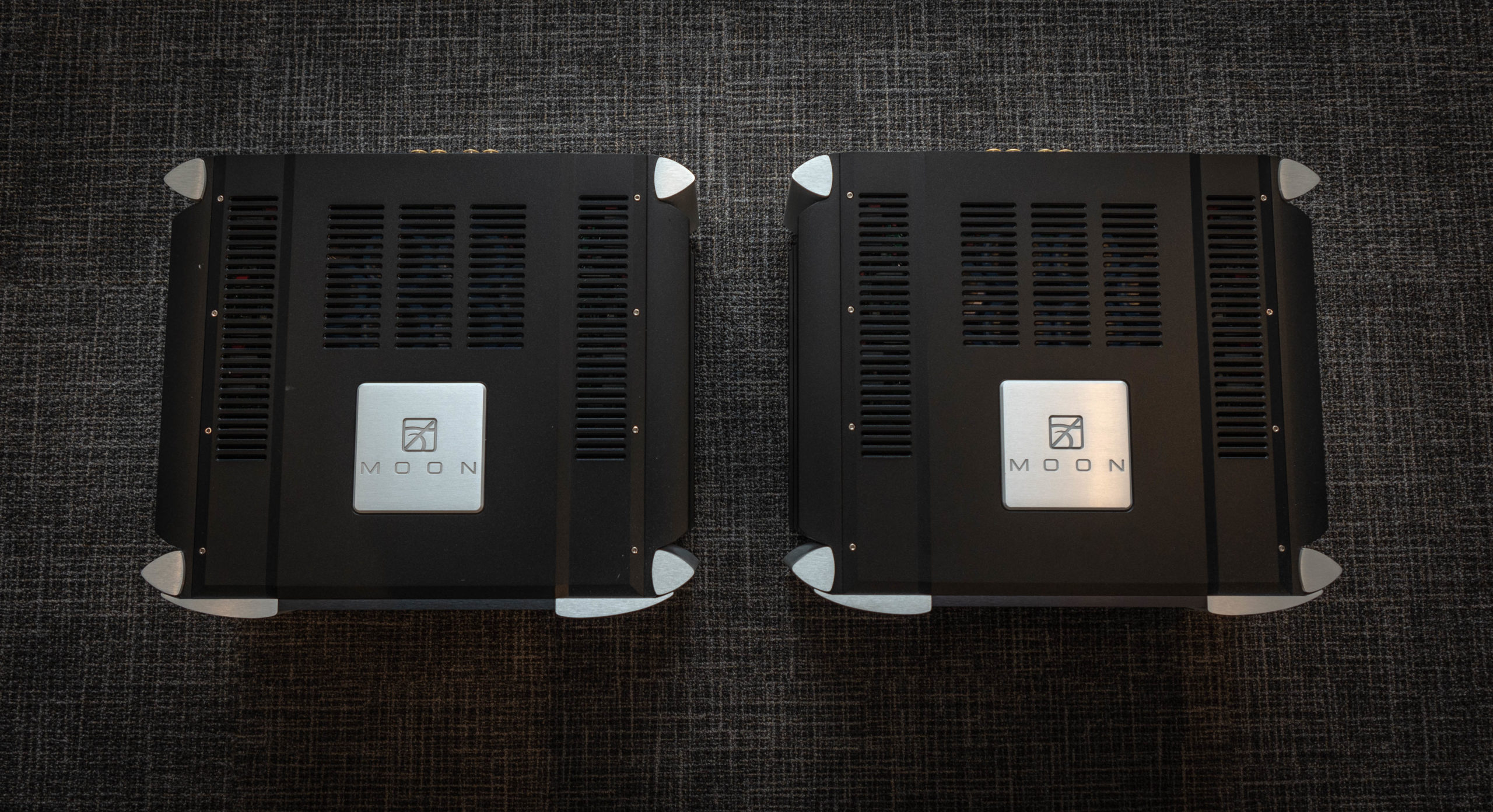 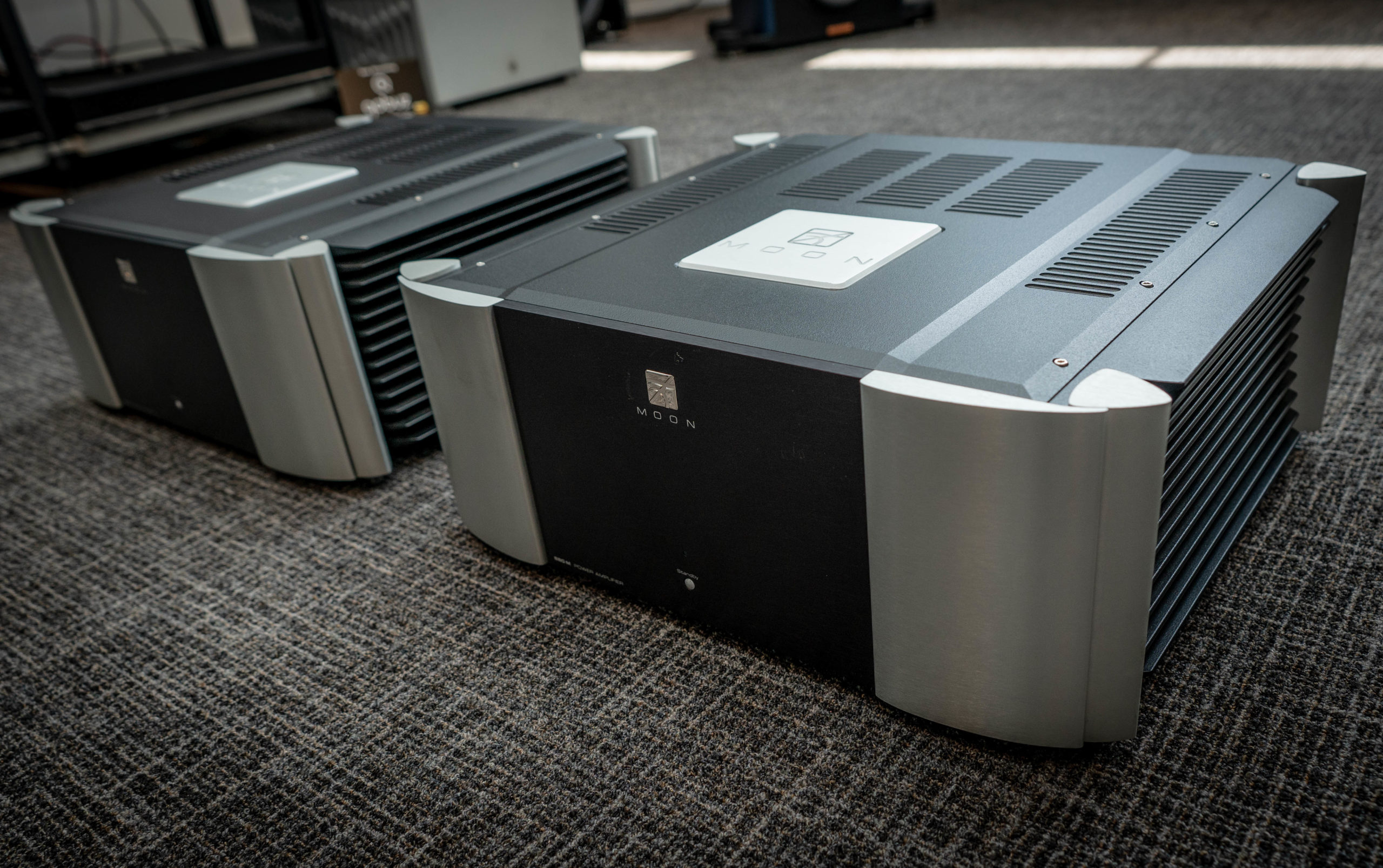 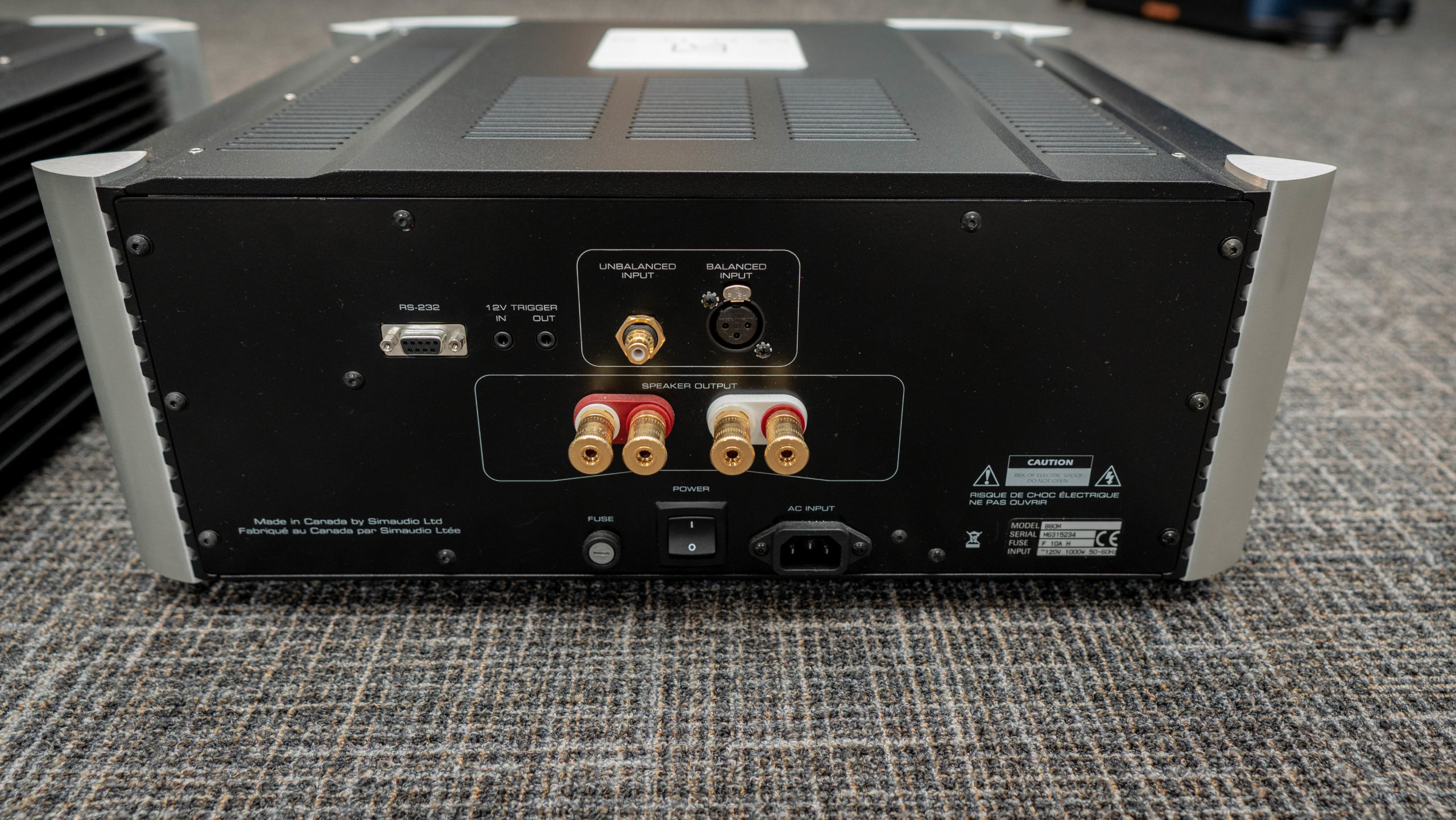 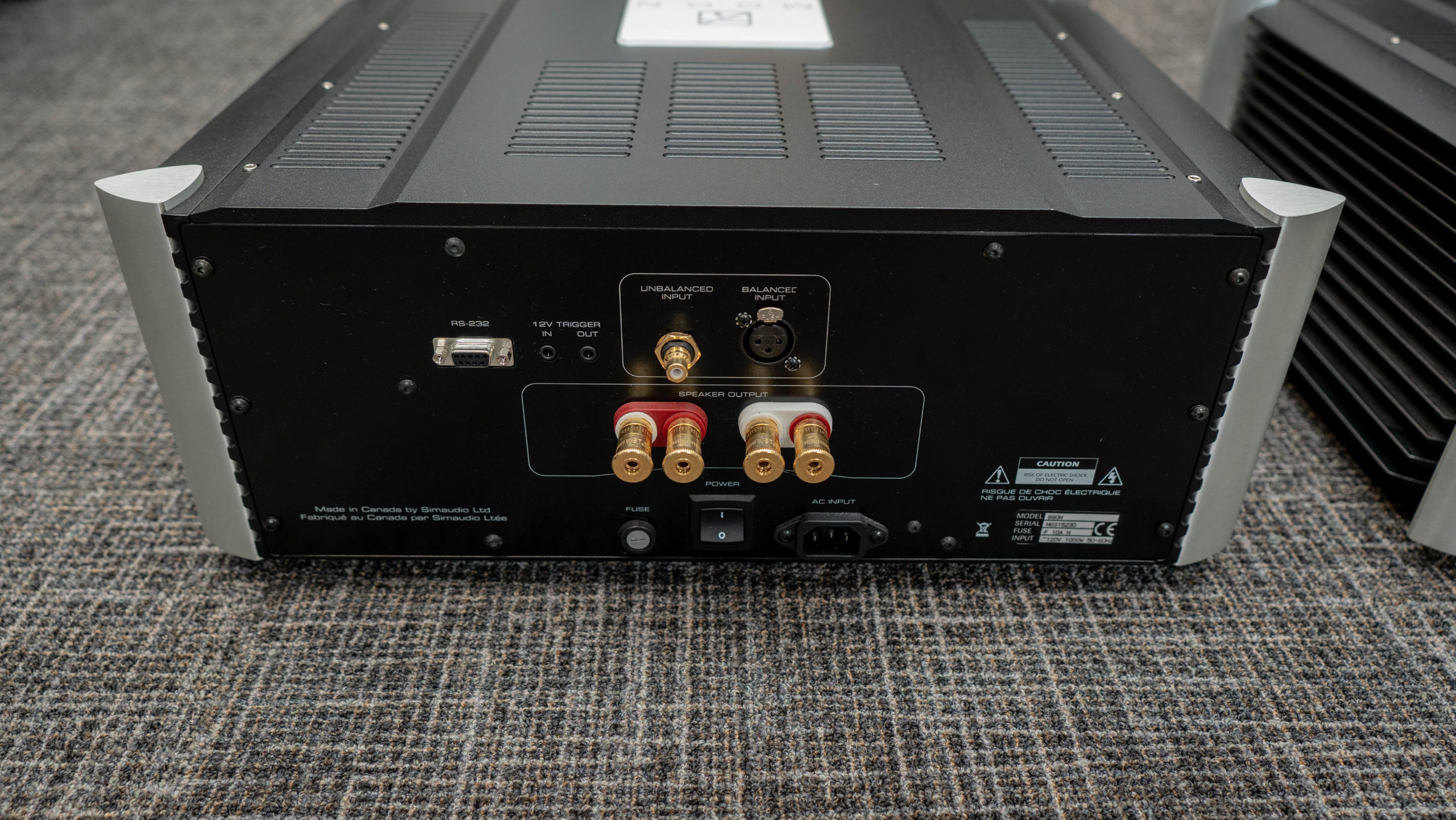 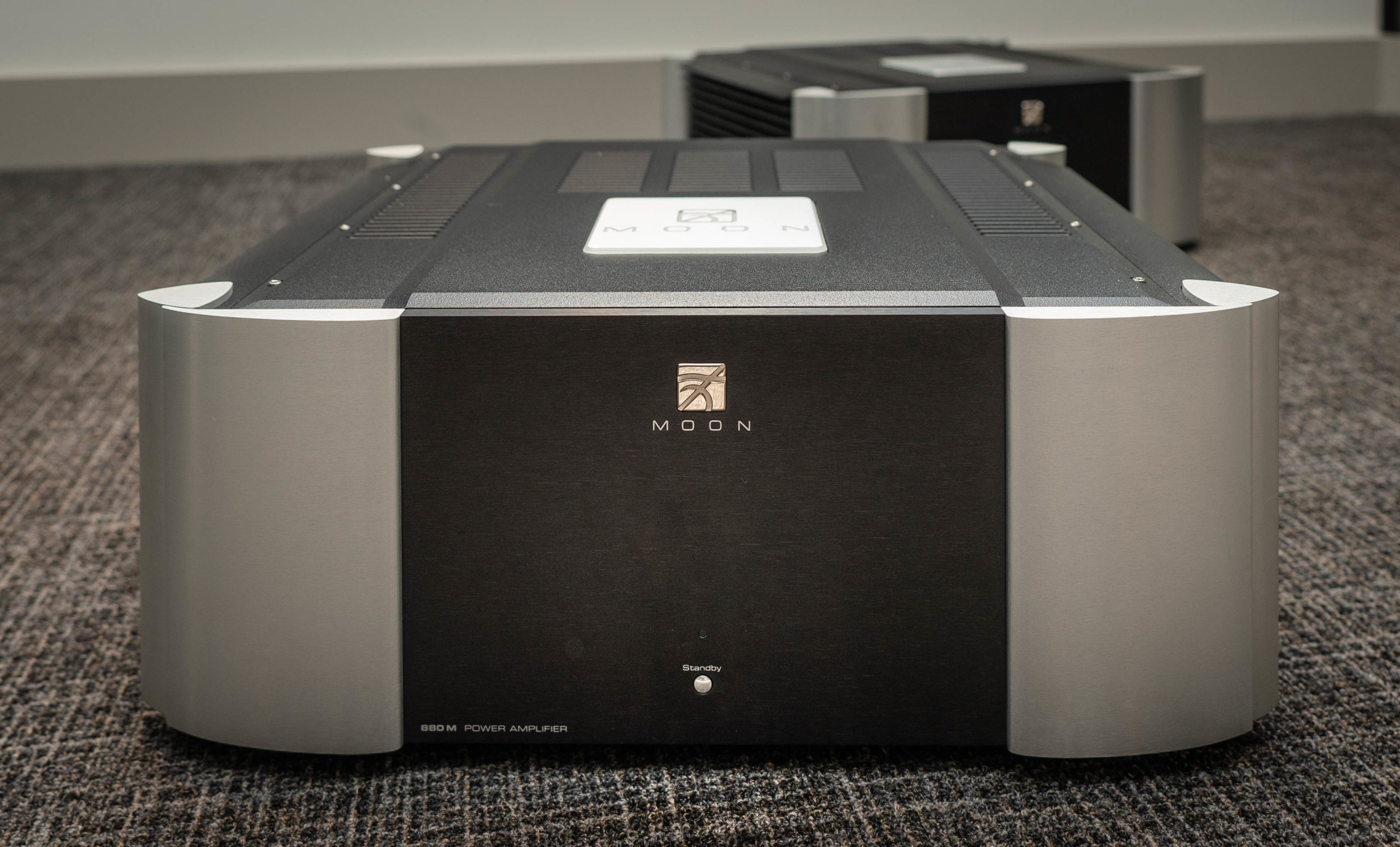 Up for sale is a pair of Moon 880M mono-block amplifiers. Used as a showroom model. Small blemish on the front of one. Seen in the the photos.

Call us at the showroom for any questions.

The MOON 880A Power Amplifier is a fully balanced differential mono design with both exceptional transparency and remarkable soundstage, despite its mammoth output power rating. Ultimately, the 880M will mate seamlessly with any loudspeaker, allowing it to reach its full sonic potential, regardless of its load.

Several in-house developed advancements allow the MOON 880M to perform with both exceptional accuracy and a grain-free character; These include (i) MOON output transistors, specifically designed for use in our amplifiers, providing tighter and more visceral bass performance, as well as unprecedented linearity thoughout the entire frequency spectrum; (ii) our advanced “zero global feedback” circuit, commonly referred to as Lynx; and (iii) an over-sized power supply featuring 2 massive custom proprietary toroidal transformers for an improved power transfer and lower regulation factor, resulting in increased current speed and superior dynamics.

Pairing the MOON 880M with the 850P Preamplifier creates an unrivalled, ultra-high performance and genuine “reference-grade” package. Of course, the key features you would expect from a MOON Evolution series power amplifier are present such as an RS-232 port and 12 Volt triggers for custom-install environments.